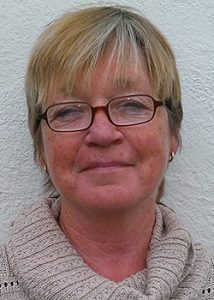 As a Research Analyst and Project Manager, Elaine has carried out the following studies between 2000 and 2022:

Prior to moving to the road safety sector, Elaine was an automotive data analyst.  Her work involved gathering data and analyzing the distribution and the cross-border movement of cars and vans in both Eastern and Western Europe. This led her to take an interest in the movement of stolen vehicles in Europe and elsewhere and in 1998 she wrote her first paper on vehicle theft in Europe and presented the findings to the Expert Meeting on Vehicle Crime, Europol at the Hague, Netherlands. The main observation was that there were huge disparities in the methodology of reporting and presenting vehicle theft statistics.

Her PhD thesis “Fear of Crime, Governance and Vested Interests: A Case Study of Motorcyclists” focused on the globalization of criminological theory, regulations and governance.

Elaine is part of the motorcycle blog – Motorcycle Minds – which looks at and reports on specific motorcycle issues.