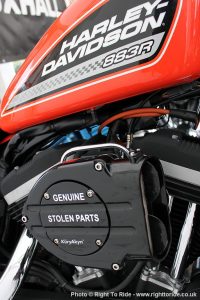 The article  “Motorcycles, Crime and Silver Bullets” was written in 2018 for FIM’s Public Affairs website.  As the website appears to have been taken down, the article has with it – disappeared.  There was a lot of information regarding motorcycles, legislation and security, so once again for the benefit of motorcyclists who wish to know more about security and how to keep their motorcycles “safe”.

In recent weeks there has once again, been a burst of information, the latest, “Aimed at educating motorcyclists and scooter riders on motorcycle security. Each issue will explore the world of bike theft, understanding the thieves techniques, products and technology available and how best to keep your motorcycle safe” (Moto Guardian – Issue 1).

A report from the Motorcycle Action Group (MAG) last month (June 2022) “shows that motorcyclists face a disproportionate risk of theft. Motorcycles were eleven times more likely to be stolen than cars in 2021.  Motorcycles made up over 25% of all motor vehicle thefts in 2021”.

Consider that very little if anything, has changed in terms of security and levels of Powered Two Wheeler theft in the UK or anywhere else for that fact since 2018.  It’s complicated, but this article may help to explain why.

London – On 23 January 2018, Motorcycle manufacturers attended a summit at the invite of London’s Mayor Sadiq Khan in response to the issue of motorcycle-related crime in the UK capital city, this followed a previous meeting with the Motorcycle Crime Prevent Community, London’s police and partners in September 2017.

The representatives from Honda, Suzuki, Yamaha, BMW, Piaggio, the Motorcycle Industry Association (MCIA) and Secure by Design met with the Metropolitan Police and the Mayor’s Office for Policing and Crime (MOPAC).

During the meeting Sadiq Khan told them it was vital that manufacturers help defeat motorcycle-related crime – which includes mopeds and scooters – in the capital by designing anti-theft measures into their vehicles, stating that, “Motorcycle-related crime is reckless, frightening, intimidating and will not be tolerated in the capital.” The Mayor also strongly emphasised the importance of manufacturers taking responsibility for their customers and the safety of all Londoners and taking action to help ‘design out’ motorcycle-related offences[i]. According to the press release from the Mayor of London, last year (2017) there were over 14,000 thefts of motorcycles in London[ii] and 23,430 crimes were committed using motorcycles in the capital.

The Mayor tasked manufacturers with improving the design of new motorcycles to make them more difficult to steal. The response from the Motorcycle Industry (MCIA) to Mayor Khan’s appeal was that while major manufacturers were able to explain what has and is being done and to discuss how City Hall can support this, the industry representatives emphasised that there is no ‘silver bullet’ fix.

In 1995 a European Union Directive (95/56/EC) set out the requirements for immobilisers and alarms.  However this Directive only applied to M1 and N1 vehicles (All vehicles of category Ml (cars) and N1 (vans) — as defined in Annex II A to Directive 70/156/EEC — must be equipped with a device to prevent unauthorized use that complies with the requirements set out in items 3 (general specifications) and 4 (particular specifications (page 17)[iii]

The description of these L category vehicles includes mopeds, motorcycles, tricycles and quadricycles. The text sets out the requirements of these anti-theft devices as follows:

The protective device may:

General requirements relating to the design and operation of anti-theft devices:

With regards immobilisers and alarms, the Directive 1999/23/EC also indicates that “Protective devices intended to prevent unauthorised use approved for motor vehicles in categories M1 and N1 in conformity with Directive 74/61/EEC may also be fitted to two- or three-wheel motor vehicles.”

Note the word “may”.  This is important for this article and the security systems adopted by motorcycle manufacturers.

Honda was the first motorcycle manufacturer to introduce immobilisers – Honda’s H.I.S.S. (Honda Ignition Security System) as standard in 2001.   In 2003, Honda’s H.I.S.S. 2 was launched and by passing the UK organisation Thatcham’s five-minute attack test won Category 2 approval from them[vi]. What set the new system apart from its predecessor was a secure bracket, which holds the Electronic Control Unit (ECU) in place, making its removal almost impossible. The new system was developed by Honda in conjunction with vehicle alarm specialist, Datatool.  In the same year (2003) Yamaha introduced their own system – YISS Yamaha Ignition Security System as standard.

Some motorcycle manufacturers have introduced systems (alarm/immobiliser) as standard – typically on the bigger engine sized bikes.  For example, Suzuki, Ducati, Triumph, interestingly, Kawasaki’s system is on standard in the UK – possibly because of a perceived higher ratio of motorcycle theft and/or because of the Thatcham security requirements. Other manufacturers can offer these immobiliser/alarm systems as an option.

Mayor Khan indicated that there was a major problem in London with the theft of 2 wheeled vehicles (motorcycles, scooters and mopeds), with over 14,000 thefts were identified London in 2017.

By looking at the various types of security required by law and those on offer, it seems that the EU Directive which requires some form of steering lock is all that the manufacturers need to provide.  But do they actually work?  The logic is that if the steering lock is working, then the bike cannot be ridden off or even walked in any particular direction.  However there are weaknesses – such as ineffective locks or weak metal (aluminium).  As a motorcycle thief pointed out – “Steering locks aren’t that hard to bypass, but they aren’t THAT easy either”.

The importance of security is really to understand why criminals steal particular bikes in the first place[viii].  There are joy-riders – those that steal bikes for fun, then trash them; or Vehicle Enabled Crime – i.e. to use the bike as a vehicle for other criminal acts. But mostly motorcycles are stolen for spare parts – it is big business especially for Supersports and Sports bikes, but as the data from the Met Police indicate, not exclusively as mopeds and scooters are also targeted. However Supersports and Sports are the most commonly crashed and generally the easiest to find.  Next would be high end big bikes (Adventure types) for the same reason.

The belief is that these bikes are exported and according to some sources, these would be shipped to Eastern European countries[ix], unfortunately, this isn’t backed up by evidence. More feasible is that these are stolen for the same reason as Supersports, which is for spare parts, because replacement parts for this type of motorcycle are very expensive.

Tracking systems are good at recovering the bikes from amateurs and semi-professionals, but someone who knows what they are doing will remove the system quickly after leaving the place where it was stolen. Still the thief will have somewhere to store the bike that has a tracking device, somewhere secure or will simply park it out on a street and wait to see if it is recovered.  If it is, then it would have a tracker system or mobile phone app installed to trace its whereabouts.  The thief would then move on to the next bike to target.

Tagging and DNA markings are supposed to provide a disincentive for thieves to steal bikes.  The motorcycle industry in the UK introduced a system called the “Master Scheme”[xi] requiring motorcycles, scooters and mopeds to be marked prior to sale.  The value of this form of security is not so much in the theft, but it helps police to return the vehicle to its owner (in most cases this would be the insurance company).  The case put forward by the MCIA is that because all parts are marked, this would deter thieves from breaking the vehicle up into spare parts.

Immobilisers are a deterrent, but they don’t stop professionals.  There are numerous systems/devices online that can override the OBD/ECU on any bike and simply re-programme the key.  They are easy for thieves to get hold of and not expensive either, they can be found on eBay.  Unfortunately the OEM (manufacturer) systems are woefully out of date and are not keeping up with professional criminals.  A good Master Locksmith can override an electronic system in seconds.

The immediate consideration would be layers of security as outlined by the MCIA at the meeting with the Mayor and his team, the MCIA representatives commented, “We have explained to the Mayor that a ‘layered’ approach to security is proving to be the most effective and realistic way of making theft more difficult and usually the most advised piece of information for securing a motorcycle”.

But if the first layer – the steering lock – is weak, then it stands to reason that the sequential layers would be vulnerable too.

For example, if steering locks actually did what it says on the tin, then why are thieves able to break through and/or ride off with the bike?  What is the weakness in these systems?  Given that there is legislation requiring these anti-theft systems, perhaps it is time that manufacturers worked harder to make them more robust.

N.B.: The only update regarding mechanical security in decades, on a motorcycle, beyond the steering lock, would appear to come from Yamaha with the fitting of electronic operating mechanical security to lock the centre stand of their TMAX scooter[xii] which incidentally appears numerous times in motorcycle enable theft reporting in London as one of the scooters of choice to use. One reason given because of its internal luggage storage enabling the carrying of theft enabling tools e.g. – grinder – bolt cutters – hammer – knifes.

Ground anchors: this method of security has been a regular favourite for those who don’t trust any of the above.  Depending on the quality of the chain and lock and the anchor – it seems to be a good way of stopping thieves from taking the bike. Other forms of security include Disc locks. However, it is worth mentioning the latest weapon of choice of motorcycle thieves which is a battery operated angle grinder which cuts through these forms of security[xiii].

What is the solution? Better social conditions, a guard dog at home, a bike cover, better parking facilities or an old battered up bike for commuting to deter the discerning thief, or maybe more visible law enforcement and better tactics such as policing with consent, to tackle the problem? What I did find in my previous research on vehicle crime is that social factors matter.  In periods of high unemployment and/or poor social conditions – crime rates increase.

Unfortunately there is no definitive answer.  Silver bullets and scare tactics aren’t much help and retributive justice makes no difference. Rider organisations, the motorcycle industry with its Motorcycle Crime Reduction Group, the police and governments have all looked for solutions, but ultimately, talking shops don’t seem to resolve matters.

[ii] N.B: The Met Police (Greater London) indicated that in 2016) there were 14,971 motorcycles, mopeds, scooters and tricycles stolen.

[v]  (Recognition of equivalence between the provisions of the Directive and those of United Nations Economic Commission for Europe (UN/ECE) Regulation No 62.)

[xiii] However what this layered security appears to be doing recently in London – is to drive the theft of motorcycles away from the protection of physical security to targeting riders in bike-jackings with the use of physical violence, with or without weapons and most recently the use of spraying acid/caustic liquid in riders faces.